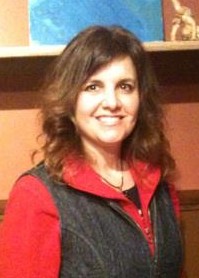 Beneath the forest floor, where roots meet and entangle, I wait, my hands stretched out in the shape of destiny, each limb bent in the design of fate. My face shines there, in the bleeding darkness, the soil rich, the harvest collected thusly so and set down at the imagined feet of one.

Like dusk blending with dawn, the daylight hours disappear, and time spreads thin, one hour yielding to the next, and falling faster than the dying star. For death himself is here, beneath this earth, where this child rests her heart, a loving seed for one.

And near this death moves life, effervescent in her appearance, her gown golden-weaved in delight.

Though death be near, his shadow thick, his breath heavy, life—she dances in a play, a widowed partner pleading for Mercy to bring her mate. And how life sings, her voice the holes of flutes, both carrying and holding the beauty that comes with creation. She bows, her hands echoes’ shadow, her arches the very threshold of his coming.

Though my voice be nothing in comparison to life, in all she offers.

I am but invisible, hidden like the worms that burrow forward to the core of something.

My voice unheard, my face unseen, I cry out and then cry in, calling on the very goddesses of fairytales past in hope of capturing the heart of one.

And if he does, if by chance my wishes scurried across the broken channels of connections, and voice he found, then voice alone is turned down and dissolved by his wanting naught.

And thusly I wander in the deepening depths of feverish want.

In dreams I ride the cloak of death, draped in his darkness, the sorrow and suffering removed. And there, from my own tombstone risen, fine seedling is spat forth.

To bloom again and touch the daylight with green.

For if it be death that must come, then death I call upon, to release me from this bitter-thorned suffering.

Cometh death to my bedside of garden. Unlike the soldier before, find me, your shadow seed, your princess, your warrior made choice breed.

Death rises, without desire. He drifts in with the victorious gait of one who knows defeat by scent and scent alone. And takes me from the grip of forbidden grounds, and shapes me down deeper, trumpeting his mark into me, a brander by trade.

And I am slaughtered, a sow made sweeter for the taking. Bled out to be made ready for sup and fed upon, one mouth upon the other. Until all parts vanquished, I am free. Spread verily thin, a rail to a speck.

How thankful then I be, the sum of my parts scattered and forgotten.

How thankful then I be, for the agony released.

Until I hear his name.

The one I claimed mine. The one I called, whom before never came.

Until I hear him call out to me, his lost maiden found.

Until I watch his search, this one, for my mystery. His dreams taking him not to me but to the essence of whom I might have been: the sun per chance, or at least the rays, the warmth captured by his tawny skin and creasing edges.

And a part remembers, from somewhere lost, that I am no longer here. A part remembers that instead I be a flower in disguise, reformed and taken by another. Burst out of the darkness to reclaim the sky, yet in the same making hopelessly hidden.

While in solid form he stands in promise, searching the fields for what was once true, when all about lost memory dances with death.

And life, she gently laughs then, her voice cascading through twin-windowed souls, bringing forth the blistering wake of nevermore.