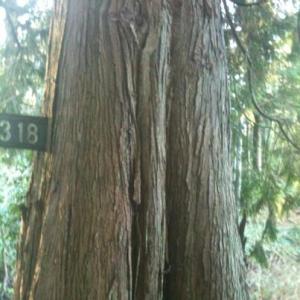 Someone once told me that there are three doors to self:

One door you willingly open and show the world. A second door you open to some. And a third door that usually remains closed, a place where you hold the deepest hurts, secrets that if exposed might make you crumble.

Through a series of events, including the discovering of my Asperger’s Syndrome, my necessary exiting from a university counseling program, and my beloved dog’s death, I spiraled into a place of deep depression.

Having been told by a licensed mental health practitioner that indeed she had no doubts I had Aspergers, a massive vault of inner self was opened. It was as if I’d been carrying around a phantom secret my entire life, teetering on a finite point of self-knowledge, but never quite touching down to the answers.

And now I stood, feet firmly planted in the muck and guck of all the places I’d traveled, both externally and internally, faced with all the years of wondering and searching, from priest to psychiatrist, mountain after mountain climbed, in hopes of figuring out essentially “what was wrong with me.”

I knew from a young age that I viewed the world differently. I am an observer of sorts, always an observer, analyzing and picking apart the pieces that intermingle about me, in the spaces between thought and reason, in the middle point where the black and white merge to form something beyond grey.

I see in pictures, vivid images. As I write now, the words are first filtered, almost simultaneously with first thought, into a stream of expression, each word carrying its own color, rhythm and vibration. And the world, my world, is like this too: everything, everywhere, something moving and carrying its own awareness, as if screaming to be seen.

My world is a constant mystery, a present to be opened time and time again, each new day a new beginning. I cannot help this. This is who I am and whom I have always been.

I don’t understand rules and customs, not because I lack the ability to see what is happening, or to read between the lines, but because I see the infinite possibilities of other choices and options, of other paths, so to speak.

I don’t understand dogma and criticism and rights and wrongs, as it seems there is always another side, another way, and in this way, somewhere a victim struggling to be heard.

A passion so deep, runs through me, a river of sorts, that twists and turns and carries a truth I understand, even if no one else does. In a sense I need no confirmation or validation, it is as it is, and just who I be.

Yet, to live in this world, to walk where I walk, there is this way about me, this way I am supposed to be—some societal-imposed rules of conduct and expected behavior that confuses me; for since a child, I was left to wonder, who are the inventors of these rules, and why do they invent?

I was left to wonder why the others, who weren’t me, but seemed an extension of me, behaved in predictable patterns determined by some unknown structure, endowed with the gifts of evidentally knowing when there is nothing to be known, at least nothing to be feasibly discovered in the infiniteness of variables of truth.

I discovered early on that my only solace was in my faith, that being, by my choosing, and my choosing alone, a universal maker that I call God. In here, inside my faith, and only here, I found answers. I began to see the scope of the world as so narrow, at least when viewed through the eyes of so many lost travelers. I began to see that I too was lost with them, in this collective of nonsense recreating games in an attempt be seen.

I stepped out. I removed myself from the game, and was immediately ostracized and shunned, repeatedly corrected for not being as everyone else; even as I watched and knew that all about me was imaginary, people filling in the holes with their ways, when they weren’t really their ways at all.

For to be inside me, is to be inside complexity. Everything mixed and unmuted, painted and swirled with endless possibilities. But it appeared that to be inside of another, at least most of another, was limiting and restricted, honed in by self-inflicted leashes.

I was what the experience of isolation encompasses: the observer knowing she is different, not knowing why, and forced without reason or cause to walk outside of the line.

I was a loner; though I stood alongside my peers, I was always alone.

I was alone until I reached out, not to another, but into the deepest corridors of self. I was alone until I sat within the inner makings of what rested behind my door number three. Until I purged out all of the demons and hauntings and broken pieces of self, and set about to reform the being I truly was.

And then, as I began to see me, unleashed from the fear that had once buried me, others began to see me too; for it was in my true self that they recognized a part of their own true selves. It was in the opening of my third door that others were freed to open theirs.

Together, myself intertwined with others who knew of me and who understood the axe of isolation and disconnection, we began to emerge—one door upon the next, opening and reopening.

And with this opening, we began to see we were no longer alone.

We began to see beauty.

We began to heal.

For finally someone could see us.

Finally we were no longer invisible.

Finally we were understood.