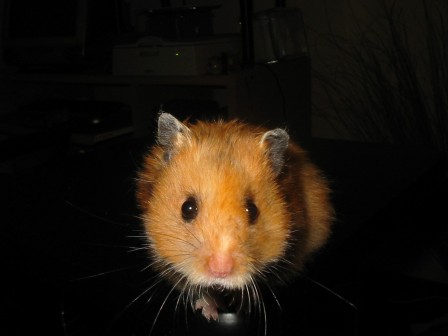 Don’t be fooled, this post is NOT about dogs or frogs or hamsters!

I tell you it never fails. I sit down to type, and everything I’d planned to say the night before, goes out the window. And mentioning the word window reminds me of the song How Much is that Doggy in the Window. Sir Brain is following that string again—completely off subject. Here’s a funny dog video, then I promise to get back to my post!

Oh, one more…. You have to blast this one! It will cheer you up!

Last night I was up until one in the morning, again!

I was typing a letter, in that therapeutic fashion, with no intention of giving the letter to the recipients. I was planning on sharing the letter with you. Until I woke up this morning and decided the process of writing was healing enough.

And then I thought (that nasty th word again) to share another letter I wrote—which took about four hours—the letter that I will probably be sending to the dean of the university. It outlines in a professional and factual tone the demeaning words one of my professors said to me after class. I was very much an innocent in the situation, and I offer this fact with sincerity and clarity.  Even would swear on something, which is a ritual I don’t quite understand.

Nonetheless, sometimes there is a discrepancy in my mind, let’s say 99% of the time, and I can see the error of my ways, and how I most definitely contributed to an outcome. On the flipside, I can also recognize when I contribute something for the benefit of someone else. In this situation, with the professor, I was a victim. (Picturing a Salem witch trial and people without health insurance.)

I decided, in the end, not to present either letter, because I began to understand my motives. Something I try to be in touch with quite often: the whys of my words and actions. Which, in and of itself, the continual inner questioning, makes for a circus of self-criticism. Perhaps I shall develop a way to question without the critique. And let you know in the next millennium or so, how that pans out.

In questioning my motives to present the letters, I realized I wanted your empathy. I wanted your comments about how you felt so sorry for me, how outraged you were, how terribly sad and teary-eyed you were after reading my words.

And I thought, is that the vibe I truly desire to put out there: come hither; gather round my fire of sorrow and pity me. Support me. Lift me. Concur. Share in my sufferings. I’m shaking my head and squinting my eyes and mouthing, “No.”

Of course there are times when ranting and venting are therapeutic, and I don’t judge those who need to put the frustration all out there. I would say in the majority of cases, venting on a blog is probably a lot healthier than many alternatives—like having a heart attack or throwing a pan at your husband.

I’ll get through this event fine, just as I always do. I understand, to some extent, that my journey is a continual series of lessons. You know those sitcoms that reach 100 episodes and get duplicated in mass production on to dvd’s. Shows like Friends and Seinfeld; those shows you can always find broadcasting somewhere. In a way, my life lessons are somewhat syndicated, in the sense that my life lessons seem to be the same episodes over and over.

I joke that I’m one of those rascal spirits that stood in front of a board of wise spiritual advisors, before my birth, and presented a grand life plan. I was full of pride and accomplishment.

Upon review of my plan, the advisors all laughed hysterically in unison, proclaiming, “No way. Not approved. Too much learning.”

And me, I stood there, all brave like, with little wobbly knees, (as I image myself quite petite in the other realm), and responded, “Oh. Don’t worry. I can handle it!”

And they raised their brow and shook their heads, before waving me on with a sarcastic tone: “Good luck with that.”

Only, I didn’t understand sarcasm.

Then I figure, the door shut and they all had a good laugh.

The jokes on me! Ha! Ha! Ha! (Please insert a bratty-tone to my laugher.)

When situations get rough, as they often somehow seem to do—The Darn Plan is to blame. Often I stare up (or across, or somewhere) to the powers that be (that I purposely choose not to quantify, to avoid unnecessary defense and questioning from my readers), and say, “You were right. I made a mistake! I take it all back. Change the plan. I can’t take the heat!”

But no one answers. Except sometimes my spastic-colon dog, who thinks I screamed treat!

I think my super radical plan came with a contract, and that I signed off all rights for alterations after I took human form. Does anyone know of a life contract lawyer?

The good news is I’m about 200 times stronger than I was forty years ago. Because I figure I’ve been challenged by significant circumstances at least four to five times a year and that I gain one point for each challenge I overcome, which puts me somewhere between the vicinity of 160 and 200 growth points. (Multiplied 40 years by 4 or 5.) Just call me spitfire! ? Did you know that spitfire means: Highly emotional. Someone that is wild and free, without a care in the world. Considered strong and emotionally spiritually. Someone’s whose angry words are like fiery ice. A high-spirited out spoken female. Usually loud, lusty, lovely and pretty and untouchable. Typically a red head. ?

Okay, then, so I’m not a spitfire, but my alter ego is! And that weenie, who stood up to the board of advisors and thought this life was a manageable plan, was certainly, if not a spitfire, out of her mind.  (Which I’m thinking now is very accurate, because if she didn’t have a body—she would be out of her mind! I love the way I think. I really do. I’m a laugh a minute. There’s never a dull moment with LV (little voice in my head), Sir Brain (squishy ball), and Prophet in my Pocket.

…I’m planning on starting a dictionary for my blog, for inexperienced new readers, so I don’t need to keep explaining LV, Sir Brain, and Prophet in my Pocket. And, since I’m assuming, more characters in this fictional-like story of my life, will continue to surface, I ought to start the dictionary now, rather than later.

I want to include the word hamping.

Hamping is what I’m calling the loops that go on in my mind. Where I have a repetitive thought that I can’t dispel. You understand, I think…just imagine those times you’re on the couch and all you can hear is the chocolate calling you from across the room. “Just one more piece. Just one. What harm can it do? I deserve a little pleasure in my life. Gosh darn it, I’m getting myself a piece of chocolate.” And then you sit back down, after devouring half the bar, and all you can think about is the other half you placed up high on the top shelf so you couldn’t reach it without a lot of effort. And you’re wondering where you put the stepladder.

That’s hamping. I call it hamping, because I imagine a cute fuzzy hamster.  If I’m going to have repetitive thoughts, I might as well be adorable while partaking in the process. The hamster is in a cage on a wheel spinning round and round. He can’t help his little old self. Can’t get off, even though he knows he’s going nowhere and that the cat thinks he looks really stupid (and delicious).

Tomorrow I’d like to be able to post all these other stories I’ve been savoring. I have a whole list (in my head), such as my ghost encounter; the premonition of my childhood dog dying; the terrors of college. Wow! Now that I’m listing them all out, I’m thinking I savor the doom and gloom. Melancholic at it’s best!

Well folks, I’m off to go work on the Everyday Aspergers Dictionary now. Or hunt for chocolate. Probably chocolate. LV, Sir Brain, and Prophet are still dancing to Who Let the Frog Out!  As I listened to the song ten times while editing.  Oh! I just found a new character:  Crazy Frog—he’s the one that keeps me laughing.

* You can YouTube “Crazy Frog” for more upbeat music.

5 thoughts on “Twenty-Seven: Who Let the Frog Out?”