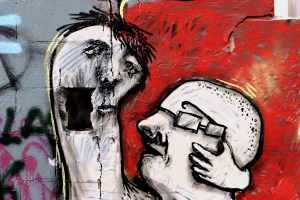 Once a month my boys have late start—a time where they go to school an hour late because the teachers have a staff meeting. This bit of schedule variation sets me up for an anxiety-ridden morning. Everything—the alarm clock, breakfast time, traffic—is a little bit off. And the morning is always a little less predictable.

For instance, my youngest is currently undergoing an eye therapy program, and because we had extra time before school began, he played his favorite eye therapy game with one of his older brothers at 8:00 am. Eye therapy first thing in the morning, instead of the traditional afternoon time, brought about changes. Changes that included Robert, my youngest, standing on the basement-level floor at the bottom of our staircase, knocking wooden blocks off an ironing board by smacking an orange soft ball with a big stick. A ball held by a string hung over the stair banister at the top-level, a string that I balanced, while playing referee and keeping score.

Late start meant that there was time for my youngest, age ten, when finished knocking over the blocks and shouting gleefully, to make himself some scrambled eggs (without asking); so that when I returned from a cold shower, (because all three boys had enough extra time to all shower in a row, which left Mom no hot water), I found the kitchen, I had painstakingly cleaned, covered in eggs, shredded cheese, and what-have-you.

This while my Spastic-Colon (my dog; not my intestines) decided to do that move that all dogs do when there is a clump stuck to their rear. I watched, my hands covered in wet egg, as Spastic-C balanced on her butt, used her front legs like ski poles, hiked up the back legs, and slid across the kitchen linoleum, leaving a line of crap. My oldest, by then groaning and moaning from the disgustingness of the situation, was made (by me) to balance Spastic-C between his legs and hike up her tail, to ensure I had the best vantage point and stability for scissoring off the poop lump.

It’s about 9:00 am and I’m so ready to crawl back in bed. Only my husband’s big 5-O is arriving shortly, and I haven’t the faintest idea what to buy him. That, and LV is shouting: “Oh my gosh! You’re going to be married to a fifty-year-old! Gross.” (Yes…I know…it’s right around the corner for me, too.)

I thought about making a sweet list, using an acrostic of the alphabet, where I match one item/person/event that I’m thankful for to each letter. For instance, A is for apples, B is for boys, C is for custard. But then I thought (because let’s face it, thinking is what I do best) that I wasn’t in the mood to be some chipper, happy-go-lucky, nothing-gets-me-down, poop head! I’m not a Pollyanna; never will be; never could be. Though that used to be Spastic-C’s name when we adopted her, which in retrospect explains a whole lot.

By the way, my real name means from Mars.

Right now my eyes hurt, my shoulders hurt, and I’m freaking out knowing I’m only about 10% done with this blog. Since I’ve already written about 60 pages. Logically, I hypothesize I will be typing some 600 pages by the time this blog hits the magic 365 Days.  Don’t you even think about erasing me from your blog email list!

There is no doubt I have enough thoughts inside of me to share 600-pages of content.  That’s not the troubling factor. What I fret over is the absurdity that could potentially leak out in roughly 300 days. 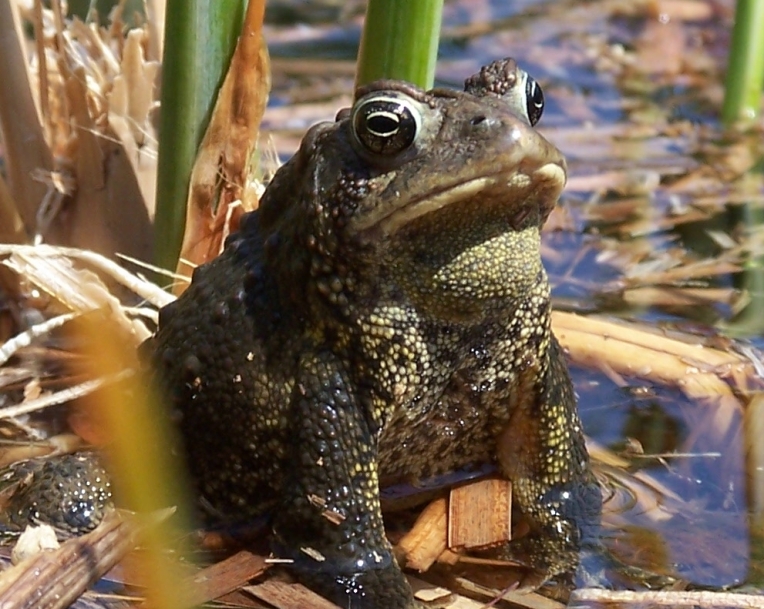 There is only so much editing Crazy Frog can do (my lingo button); and there is a limited amount of brute strength I possess to keep LV and Sir Brain from running the show. Then there is Elephant, who likes to clomp over the pages, and Prophet in my Pocket’s extremely profound, lost-in-my-mind prose. Then I have Phantom, who hasn’t even showed herself fully. I can only imagine what she’s got hidden under her cape.

Oh Crap! (I hope that’s not offensive in countries outside of the USA; because where I live, crap is actually quite mild comparatively speaking. I’m stopping myself from using the thesaurus in combination with crap. But feel free.)

I typed Oh Crap because I forgot I had to still take my youngest to school. Don’t worry. He ran barefoot to the van and got his socks and shoes on during the ride, just in time, before he had to sprint to the classroom. Although, he couldn’t wear his new tie-shoes because there was no time for shoe tying. That’s why he said to me as he was bolting out the van’s side door, “Don’t worry Mom. I’ll call you if my shoes fall apart!”

I’m such a good mom.

I don’t know about you, but sometimes when I’m in an exhausted, wish-I-had-stayed-in-bed mood, I don’t like to read about how grateful people are and how life always has a bright side.

In all honesty, what cheers me up is hearing about other people’s crap and their struggles, and how they’re still doing okay despite it all, and that we’re all just free-styling in some giant pool of life, because know one really knows how to swim the right way.

Here’s a list that would make me happy, if you wrote it. I invite you to make one and post your list in comments. Just right (write) the first thing that pops into your mind. That’s what I did. But you probably figured that out.

Things That Make Me Go EWW! (or bother me)

A: Ants when they crawl out in masses out of cracks in the house

B: Beef on a plate

F: Fat around my waist and on my upper arms

I: Insides of the toilet bowl rim

J: Jellybeans that are throw up flavor

L: Lights that are fluorescent

N: Nuts in frozen carrot cake that scratch my throat

O: Octopus on a plate

R: Red coming out of a nose

S: Sunshine factor in the state of Washington

T: Teeth that are chipped

U: Underneath firewood where there are bugs and spiders

Y: Yellow in the toilet bowl

I thought that list would take a long time. It didn’t. So therapeutic! I think my next list will be people that make me go EWW! No. Just kidding.

22 thoughts on “Day Thirty-Eight: Things That Make Me Go EWW!”