Here’s the song, so you can have the tune in your head.

Replace the lyrics Dirty Deeds, Done Dirt Cheap with the words Dirty D’s, Don’t you Weep. And then you’ll know what the inside of Sir Brain sounds like!

Crazy Frog has a crush on Joan Jett. I like her nose. And she’s easier on my ears, than AC/DC. Thus the choice in videos.

I herby proclaim myself a defender of the letter D!

I’ve been thinking about the letter D for about a week now. Yes, this is an example of what I think about. Laugh now, or forever remain silent.What made the D-thinking worse, is having the D’s singing and dancing to the song of Dirty Deeds by AC/DC, inside my head.  I knew there was no resting until I wrote about the letter D. My sanity takes precedence over what I write about. Hmmmm??? I have to wonder what that previous sentence actually means.

Did you know that the letter D has a bad rap? Think about it. The letters A, B, and C get all the credit in grade school and college; D is passing, but barely. It’s like the lowest of the lowest, before you fail. Not a very nice position to be in.

D is associated with words like dirt, ditch, demon and the ruler of the underworld. D is the beginning letter of dystopia, which means a place where all is as bad as possible! I can’t write that sentence without an explanation mark. It literally doesn’t get any worse than dystopia. (That’s humor.)

D starts the word dysteleology, a doctrine of purposelessness in nature, as in nonfunctional or nonessential parts. Yikes. And the letter D is found in one of the most debilitating phobias: dromophobia, the fear of crossing streets (sidewalks can be dangerous, too). Imagine that one! Thinking Aspergers and dromophobia would be an awful combo!

The more I ponder letter D, the more I realize I do a lot of avoiding of  D-words. (Sorry, Letter D.)

In fact, I often write for the sole reason of avoiding D-words! 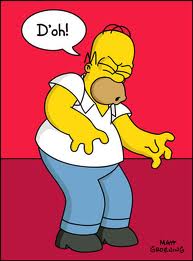 I wager you avoid D-words, too, without even knowing. Take a look at this list. How many D-words do you wish you didn’t dwell upon? How many of these words have the potential to drag you down or get the best of you?

Daylight (lack of in Washington state)

Diving (I just threw this in because the first time, which was my last time too, that I ever dived into a swimming pool, a honeybee landed on my arm and stung me, right as I was taking my plunge. I took this as a sign to never dive again.)

Doorbells, Door knocks (This is for those of us with Aspergers.)

I can’t formulate another list using only one beginning letter other than D that thoroughly explains things I dread or worry about, as well as this list. I know. I tried.

If you research the letter D, (laughing, thinking this is highly unlikely), you will notice that the letter D has one of the shortest list of positive words available. D is right in there with letters like x and z—limited number of positives. (But a letter that is much easier to use in the game of Scrabble than x and z.)

The letter D has had a HUGE responsibility of holding down a lot of the masses’ frets and worries. Including yours and mine. And the time has come to celebrate D’s uniqueness and positive attributes. To say: “Thank you D for doing the dirty work!”

You can consider me one of those types that gives birthday parties for dogs; just pretend D is a dog. So here’s to you Darling Letter D! We aDore you!

And my favorite song when I was eight: Zip-A-Dee-Doo-Dah! (I’m counting this one.)

And maybe Dark as in Dark Chocolate…am I digressing?

After digging up the D-words, maybe I will finally get that dang Dirty D’s, Don’t You Weep out of my head. (Nope. Still there.)

There is a very good chance, I am being haunted by a mob of classic-rock-loving letter D’s. I can see them with long dark hair head-banding and air-guitaring. Cute D’s but very annoying, they be!

Thinking I used the word think a lot in this post!

Now I’m realizing, if you primarily speak another language, this post is entirely a dud! Darn it!

Does anyone else have an inkling to want to color in the Big Letter D with the Count from Sesame Street atop the post? I’m thinking purple.

D in Love (Thanks AlienHippy for this song)