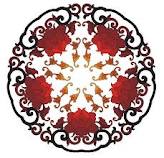 I returned to the lab this morning to get my blood work done. Yesterday, I was turned away, because I’d not realized I needed to fast. Yesterday the lab’s waiting room had been crowded.

Today when I entered the room, there was no person in the waiting area but me.

Shortly after I sat down, a young lady escorted an elderly Chinese woman inside. I immediately noticed the elderly woman’s eyes. They were shut closed. The young woman led the blind woman to a chair, before she quickly exited to park the car.

For the time, it was only me and the blind woman. The woman was seated across from me about six-feet away. As I smiled out at her, I realized she did not know I was in the room.

I hesitated to speak. But I was compelled to make my presence known. Leaning forward in my chair, I offered the woman a gentle good morning. Then I wondered what had caused her blindness. Wondered why she had to have blood work done. And wondered, too, why her lids were so tightly sealed together.

There was only seconds between the time I said good morning and the time the woman took to respond. Upon hearing my words, she searched for me, her head slightly turning my direction. Again, I wondered.

She placed her aged hand over her chest and flapped her hand repeatedly. “I no like when they put the point in me,” she confessed. She attempted a smile. Without the use of her eyes for expression, the rest of her—arms, mouth, head, wrinkles, shoulders—they all played their part.

She curled into herself and then used her hand to demonstrate a beating heart again. “I been here many times. No make difference. I still get so scared. I can’t help. I don’t like be here. So, so scared.”

I tried my best to offer her some comfort through my words. I don’t think she understood anything I said. But she smiled just the same. To be heard—she only needed to be heard.

Soon the young escort returned, and I was called in for my blood draw.

This blind woman was a wonderful gift.

In the few moments this woman had shared her truth, I had stood beside her in spirit. And as I stood by, I had recognized my own self in her. With my recognition, my own fears were temporarily lessened. In viewing our likeness, my own misgivings were decreased.

In being there, hearing her voice, and  recognizing our shared humanity, I understood this:

In an often obscured world we are each, in our own way, waiting for our voice to be heard.